“We cannot always have everything everywhere at any time” 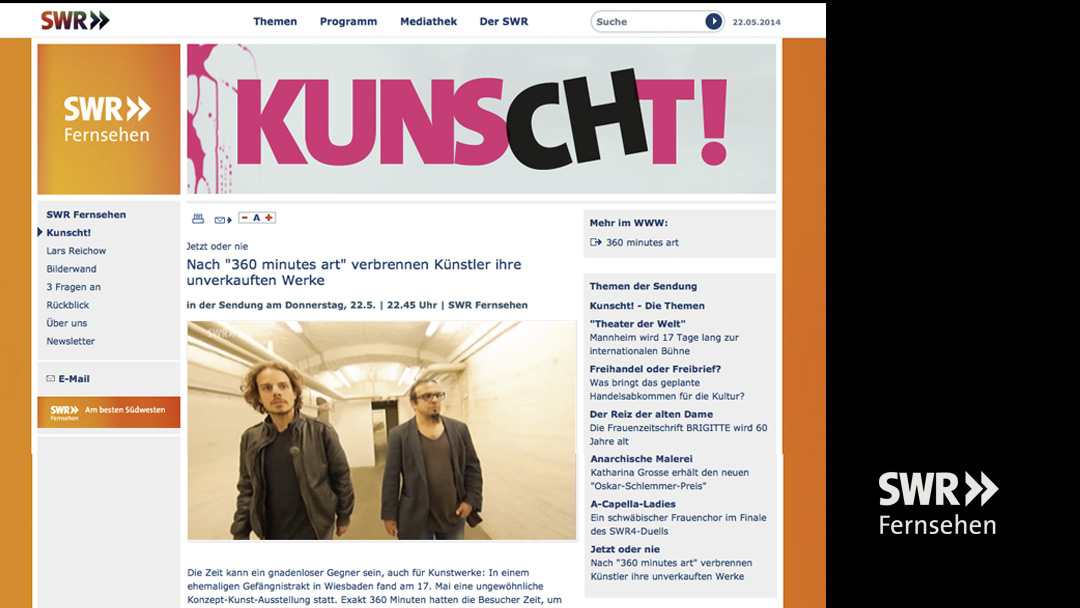 Time can be a merciless opponent, even for artworks: An unusual concept-art exhibition was held on May 17 in a former prison ward in Wiesbaden. The visitors had exactly 360 minutes time to decide on the future of the presented artworks – and all which had not been sold within those six hours, ended up in the prison yard and burned. Pure provocation? Not only!

“360 Minutes Art is neither about forcing people to buy artworks, nor to save the artworks from the flames. Of course it is a provocation, but the point is rather the matter of becoming aware about the fact that we cannot always have everything everywhere at any time, even if we burn the entire value of a Porsche… – That’s awesome…!” so Sven Sauer, graphic designer and co-organizer of “360 Minutes Art”